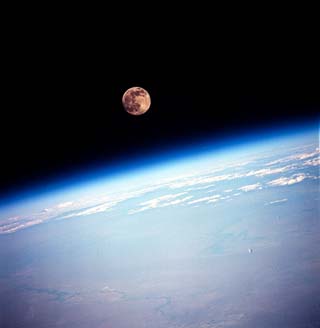 To make an astrological system to withstand time and mainly the control of related sciences such as Astronomy, we should be putting new items documented on today and the scientific studies of the recent years.

So the old Rising Sign, called Ascendant, that is the rising sign at birth, could neither have scientific support nor value. Even more it cannot affect a person's life literaly as a clump of rising stars at birth time. I am saying this because there are no similar studies supporting the influence of the rising sign in our lives. The only reason to be used by the Western and other Astrologers today is historic. They got the Ancient Greeks Horoscopic legacy and with no questions, they adapted the Ascendant of the riging Sign, they learned to work with it and do not like to see it changed.

For these reasons, therefore , and especially to adapt Astrology in facts that affect our lives, 13 Zodiac Astrology introduced a new Ascendant, which is the Zodiac Sign of the Moon on the ecliptic. Where ecliptic is the belt on which the Sun moves in its apparent annual orbit around the Earth. The Moon, several times removes from the Ecliptic zone and enters neighboring Constellations, thus for simplicity and substance reasons, we calculate her trace on the ecliptic as her real Zοdiac Sign (the nearest point of the ecliptic).

But exactly how the Moon affects the animals and plants of our planet ? Through what processes is her presence sensed?

To make all these understood we need, first of all, to talk about clocks, or even better, for biological systems of recording time. Systems contained in all living organisms on our planet. 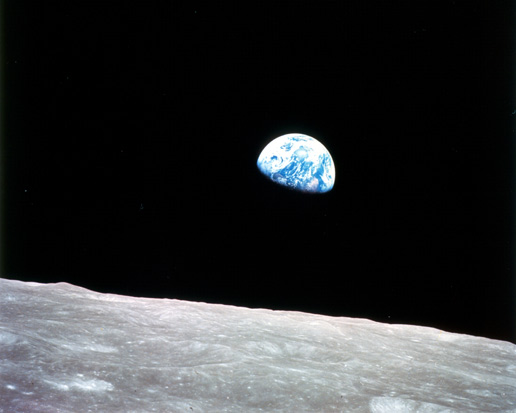 1. So there is a circadian time recording system based on the Sun. It counts days and nights. It has a period of 24 hours.
2. There is the lunar system that measures the return of Moon over the meridian of the a place on Earth, every 24.84 hours (24h 50m). It produces 2 times tide and 2 low tide.
3. The semilunar system counts tides every 12.42 hours (12h 25m)
4. The monthly lunar system that is a multiple of the lunar system. We just separate it from the lunar system because some animals use the Full Moon or New Moon in their biological clock.

Every organization on Earth involves, as we shall see in the examples, one or two biological clocks, under which, they are nourishing, sleeping, reproducing and performing every other biological process.

Let's see some examples of beings and their associated biological clock according to 9 studies :

2. Oysters of Connecticut (USA). Semilunar biological clock. According to experiments of Professor Dr. Frank A. Brown of Northwestern Unibversity Illinois, oysters collected in the U.S. East Coast , Connecticut , which opened every high tide (every 12.42 hours) were transferred to the laboratory in Chicago. In a darkened room. Originally oysters followed blinking to the rhythm of the place where they were caught. On the second week, the rate was coordinated with the time that the moon passed over the meridian of Chicago. It is obvious that oysters perceive through gravitational pulls the Moon's position and coordinate their biological clock.
The same professor in another study found that vegetables consume more water just before Full Moon . They own monthly lunar biological clock.
http://www.zoominfo.com/p/Frank-Brown/16030819

3. The stippled sea lice (Eurydice pulchra) According to a study by Charalambos Kyriacou, Geneticist Biologist, University of Leicester, has two parallel biological clocks. A circadian and a semilunar. Both biological clocks regulated by natural processes from which they derive, by the day - night the first and by tides the other.
http://www.nature.com/news/biological-clocks-defy-circadian-rhythms-1.13833

4. The hairy worm Platynereis dumerilii, according to a recent survey by Kristin Tessmar-Raible at the University of Vienna and its partners, it has two biological clocks: The circadian ( day - night ) with which it feeds . And the Monthly Lunar every 29.5 days, to be reproduced !
http://www.nature.com/news/biological-clocks-defy-circadian-rhythms-1.13833

6. A sea anemone, Actinia equina, has a tidal rhythm in its cycle of expansion and contraction; although this would seem to be a simple case of direct response to tidal stimuli, the rhythm persisted in the laboratory for several days (Cloudsley-Thompson, 1961 , after Pieron, 1958).

7. Platyhelminthes: Gamble and Keeble (1903) found that the intertidal flatworm Convoluta roscoffensis rises to the surface when the tide is low and retreats when the tide rises. The movements do not occur at night. This apparently simple tidal rhythm persists in the laboratory and so has some internal timing mechanism.
(the last 3 paradigms and many more can be found here: LUNAR RHYTHMS IN AQUATIC ANIMALS A GENERAL REVIEW http://nzetc.victoria.ac.nz/tm/scholarly/tei-Bio17Tuat03-t1-body-d5.html)

Here we show that subjective and objective measures of sleep vary according to lunar phase and thus may reflect circalunar rhythmicity in humans. We found that around full moon, electroencephalogram (EEG) delta activity during NREM sleep, an indicator of deep sleep, decreased by 30%, time to fall asleep increased by 5 min, and EEG-assessed total sleep duration was reduced by 20 min. These changes were associated with a decrease in subjective sleep quality and diminished endogenous melatonin levels.

9. Another study by Doctor Michal Zimecki, "The lunar cycle: effects on human and animal behavior and physiology", captures the effect of the moon and its phases on the female menstruation, melatonin levels in the blood, and the rate of births. Also in human behavior, such as accidents, crimes, suicides, Cardiovascular and other hospital incidents .
The study found correlation between the phases of the moon and these human cases requiring further investigation.

So we see that scientists have already found ways that the Moon influences behavior of animals, plants and the people on our planet. Certainly many unexplored fields remain in front of us. The investigation continues and we will watch with great interest the outcome.

Despite the efforts made so far, yet we can not have a complete theory of correlation and influence of the Moon on a psychological level. Intuition and our subconscious experience, beyond any doubt, are influenced by the Moon in everyday level and the proof is, our sudden mood changes depending on the day and the phase of the Moon.

The choice of the satellite of our Earth as the Ascendant of 13 Zodiac Astrology is therefore not accidental nor unsubstantiated. It is grounded in both scientific and empirical data. It is ultimately grounded in the deep, and thus true, voice of our subconscious ..

When a baby is born, the Earth, the Sun, the planets and the Moon are mainly in some parts of the sky and into phases that are possible, as we will see in another article, to multiple affect its life. Apart from illustrating the specific positions in individual global memory of the baby, the Sun, the Moon and other celestial bodies give every day of its life a reminder of their presence. This is natural but produces spiritual variations and has different effects on life.

And so, the point of the Eastern horizon of the place you were born, called rising sign (old Ascendant) is one of our birth data, but no one can seriously claim that this data can affect your life.

Just the opposite is true for the Moon ! The Moon is not a point in the sky ! It is a large and powerful celestial body that gives and takes affecting the body and soul. As such remains throughout the course of our life. This is our True Ascendant ! Over and above any doubt ..