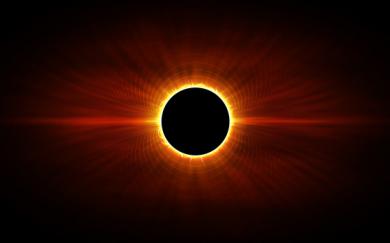 *Quick reminder, this is a 13 sign astrology article. We are not on western zodiac time over here. I’m doing this for those who want to know and follow the true zodiac. Real Sky alignments. Real time astrology includes the 13th sign! I could go into my many complaints and judgments about why western astrology is practically useless and confusing. Instead, lets just start decoding this new moon solar eclipse using sidereal (star) time and all 13 constellations on the ecliptic!

The solar and lunar energy we have today is in the constellation of LEO, and it is packed with fire power! Now is the time to jump start your life in a new direction! Even with the start of Mercury Retrograde today, use the wisdom and knowledge of the Past to move forward! Also honor the creative Feminine Power raising up right now! All the Goddesses are being called on for the rest of the year to assist each and every one of us!

*Solar Eclipses are New Moons with tremendous power! This is a time of great spiritual renewal and transformation. During solar eclipses we begin something new! Right now we should be making promises to ourselves about the future. A lot of us will commit to change and mature, taking on greater challenges and adventures. This new moon solar eclipse will have us all looking deep within our Hearts (Leo) for the courage and strength to move towards new frontiers in our lives.

Again, in Real Time 13 Sign Astrology, this New Moon Total Solar Eclipse is happening in Leo. Check a Google Sky Map App for accurate planetary coordinates. The Leo New Moon is one of the most royal of them all! In ancient Egypt, it is Sekhmet, the Lioness that is the keeper of the Sacred Flame! Sekhmet is the goddess of war and healing. Her name comes from the ancient Egyptian word Sekhem, which means power. She was widely known as “The One Who is Powerful” and “The One Before Whom Evil Trembles” Sekhmet is depicted as a fierce warrior goddess with the head of a lion wearing all Red. She was prayed to everyday to keep the peace. While tamed lions were kept in her temples. End of battle festivals to stop the fighting were held in her name. Sekhmet is one of the oldest known Egyptian deities! Some researchers say she originated in Sudan where lions are more plentiful. Sekhmet is also the goddess of medicine and menstruation. Her name is used in prayers to protect borders and cure diseases. Physicians, healers, and skilled doctors, all revered Sekhmet. She is “The Lady of Terror” and “The Lady of Life”.

Sekhmet was mentioned numerous times in spells of The Book of The Dead as both a creative and destructive force. But she is mostly known as a fierce protector of Ma’at. “The One Who Loves Ma’at and Who Detest Evil”. Bast, another cat goddess, is a sistar goddess to Sekhmet and was also celebrated with her at gatherings and parties. Ancient Egypt and the royal cat goddesses remain legendary till this day. Sekhmet was also a party animal! Without the fun side, Sekhmet was sure to destroy humanity. Huge parties were given in her name to restore the balance. For the Leo New Moon be fearless in your healing. It is now time to face the things that you feel have too much power over you. You can do it! Sekhmet will help. Just call on her and light a candle! Now would also be a great time to do a blood cleanse and to work on any womb issues like fibroid tumors, cysts or candida. Be creative, challenge yourself to get to the next level and let your artistic pursuits shine, shine, shine! We must all pass through the flames of Sekhmet, to create definitive change and claim sweet victory in our lives.