Yes, the zodiac Signs are 13. Ophiuchus is the 13th Sign of the Zodiac Circle 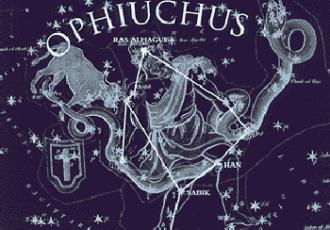 Today we  know from Astronomy that the sun is the center of our solar system. Its apparent path in the sky, as seen from the Earth, is accurately determined and passes through 13 zodiac constellations. Astrology is evolving by using modern Astronomy and is now called 13 Zodiac Astrology. This is a necessity imposed by life itself.

They also say that the signs are now independent entities attached to a circle in Heaven that starts at the Vernal Equinox from the 1st point of Aries. Under these virtual entities 12 Zodiac Astrologers make their predictions.

Read more: Yes, the zodiac Signs are 13. Ophiuchus is the 13th Sign of the Zodiac Circle 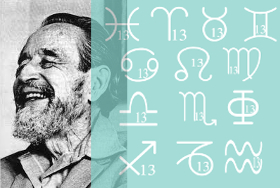 The 13 Zodiac Astrology accepts and uses the valuable experience of psychological astrology on the role and interpretation of natal zodiac as a kaleidoscope of capabilities of each individual.
Step by step, the differences and similarities of the two above mentioned astrology theories are the following:
1a. Psychological Astrology despite all the commitment to the abstract - psychological sector of personality, accepts the outdated and fossil reference system of 12 signs in the way it was delivered to us by Claudius Ptolemy and other ancient Greek astrologers. Hence, it accepts the fundamental principle of the four elements, Earth - air - water - fire, as described from the ancient astrologers themselves.
1b . 13 Zodiac Astrology adopts the position of Psychological Astrology on the interpretation of the zodiac as a kaleidoscope of possibilities and not as a ball reading things to come. But puts on the correct basis Horoscope map by using only the actual situation with scientific certification, using the 13 Signs zodiac circle. Additionally 13 Zodiac Astrology rejects the antiquated four elements of astrology, earth - air - water - fire. On their position puts the four interactions that explain and describe our world according to modern physics : A. the gravitational interaction B. the electromagnetic interaction C. the weak and D. the strong nuclear interaction. The first explains the orbits of planets, the second, the electro - magnetic forces and waves, the third forces between atoms and the latter forces responsible for the retention of protons in the nucleus of the atom. 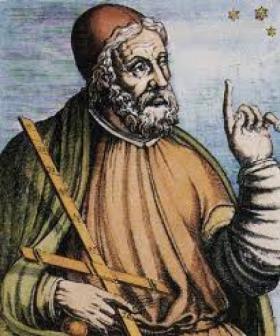 We could argue that repetition is imposed on the physical level by nature itself! It has passed as a phenomenon in every form and kind of human activity. At work, education, science ..

Main manifestation and result of recurrence is time. Think that without cyclic repetition even the concept of time could not be assessed.

Many ancient peoples studied and recorded the movements of the Sun and planets as a form of this repetition. Greeks were found in a higher level of civilization when these concepts fleshed, therefo they studied more than other peoples, in philosophical and scientific - Astronomical level, the effects of perpetual repetition.

Horoscopic Astrology that flourished from the 1st century. BC, in Ancient Greece, was based precisely on the circular repetition of celestial phenomena. Attempted to explain how and why the Sun was passing from summer soltice every 365 days, and this was (and still is) the work of Astronomy. Astrology emerged when people considered that along with the cyclical phenomena it would be feasible to predict the human actions and life. Since astronomers could predict the Sun's and Moon's place during a specific period in the future, why couldn' t astrology predict human actions (see positions, acts upon them etc.) in the future?

Before answering this question let's look what the ancient Greek Kybaleion says about the universe:

1) The universe is a living organism that all parts are interrelated,

2) the same laws apply to all levels of human, stars, all creatures,

3) Everything in the world is subjected to a dynamic evolution, as all vibrate, flow and mutate.(read more)..